from The Kelly Observer

The Electronic Technicians working for L3 Communications Link Simulation and Training unanimously voted for IAM representation in a National Labor Relations Board election held Thursday, July 29. These technicians maintain the F16 Flight Simulation System for the Texas Air Guard at Lackland AFB, Kelly Annex under a service contract with the United States government. 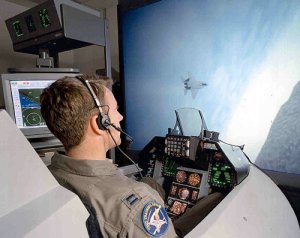 The National Labor Relations Board is expected to certify the results of the election this week. Immediately after certification, collective bargaining is scheduled to begin between L3 and the International Association of Machinists and Aerospace Workers.

The plan is to complete these negotiations as soon as possible, therefore enabling all improvements to become effective October 1, 2004, the beginning of the new physical year.

According to IAM Organizer Don Barker, “workers performing work under the “Service Contract Act” usually only receive the minimum wage allowed by the “Area Wage Determination” which is set by the United States Department of Labor for each classification in an area. The wages for this area have not improved in several years even though the AWD was revised in 2002. Under the Act wages and benefits can be improved by collective bargaining. Which is exactly what we plan to do here.”